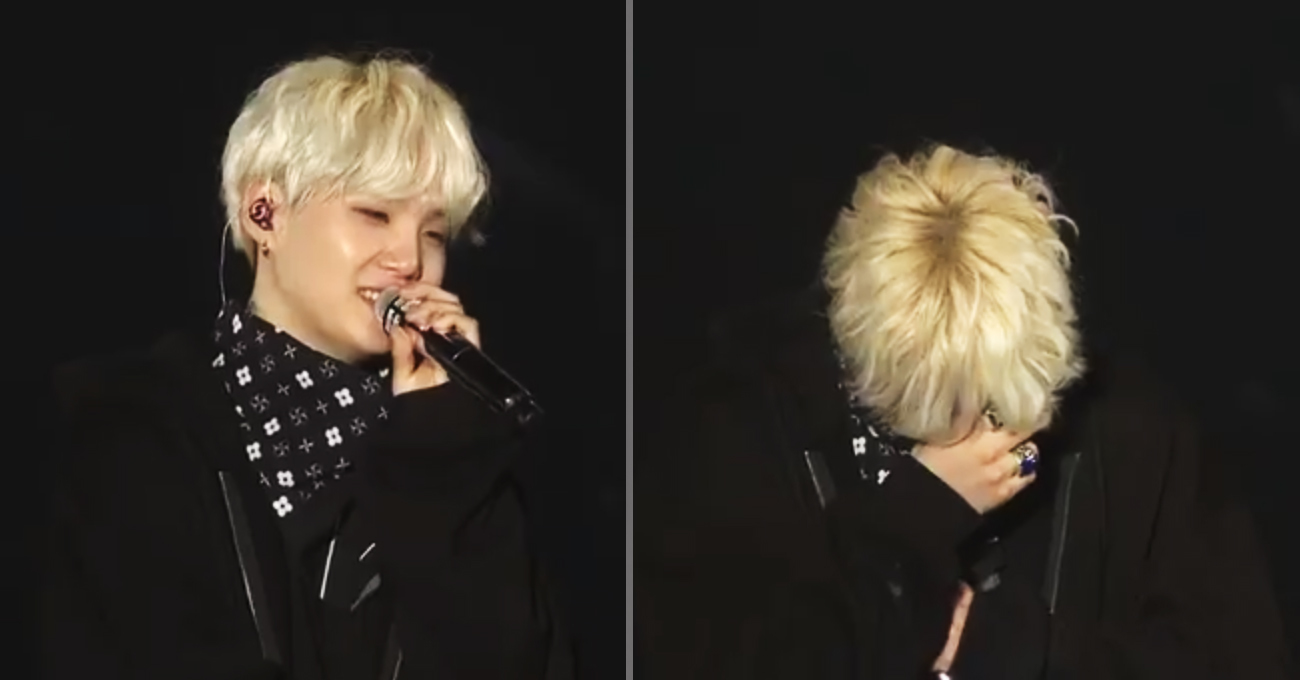 
BTS member Suga wholeheartedly expressed his love and gratitude towards his fans at the end of BTS world tour, who solemnly stood by his side five years since his debut.

SUGA couldn't speak a word more due to overwhelming tears


'2017 BTS LIVE TRILOGY EPISODE 3-THE WINGS TOUR THE FINAL' was held at the Gocheok SkyDome, Guro District, Seoul, on December 10.

Suga said "I sincerely thought that there was going to be nothing to cry about, but I'm feeling a bit emotional at the end of our tour," and added "BTS started, full of aspirations of fighting against oppression and prejudice, [believing that people would] listen to our tracks. Finally, after five years…." Choked up in tears, Suga couldn't finish his sentence. Staring at the ground, a fresh batch of tears seemed to have overtaken him.


Suga further added, "I'm thankful that many can hear our music." "We owe everything to our fans. I really thank you and hope only smiles for your future."

J-Hope stated, "This is really the last day. Before, I thought I would be relieved at the tour coming to an end, but today, it feels somewhat like graduation day." He expressed his gratitude to ARMY for "standing by my side." Barely able to speak due to overwhelming tears, he added: "I love you."

RM said "I was scared to make our debut. I worried that we would fail, that people wouldn't like us. We always discussed 'What should we do? Would people like us better if we did this? Would they hate us if we did that?' I don't want to let go of such memories. This is part of who I am. There will be obstacles, and there will be hardships, but the fact that there are this many fans believing in me, loving me consoles me."

He added "You, those who uncovered us, if our presence, our music, photos, and video can diminish even the tiniest bit of your sorrow and sadness, then, BTS has proven its raison d'etre."


V wiped tears, saying "My friends and family are truly proud of me. Being a BTS member seems to be valuable in itself, and saying that 'You're a BTS' is a compliment." He further said "ARMY is responsible for all of this. Thank you for every single stage we could perform."

Jungkook stated, "So much happened this year, and we owe it all to you, every opportunity, every achievement." Pushing down tears, he stated, "this is one of my happiest days, and I really hope that you guys are happy as well."