Did you know that IU was a soju model? Soju is a Korean alcoholic beverage, sometimes referred to as "the Korean vodka."

IU enjoys occasional drinks from time to time, and sometimes she Instagrams her alcohol-infused moments, to the delight of many fans. 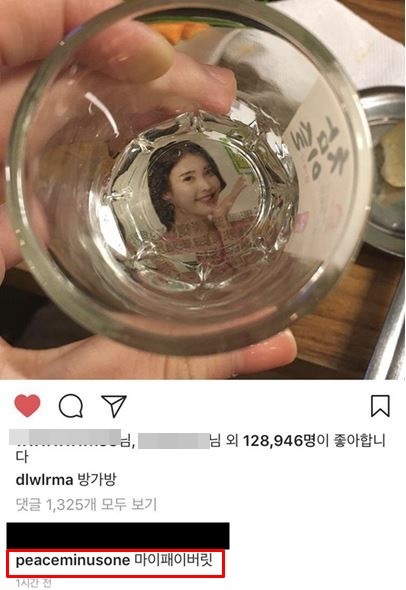 
IU posted a soju shot glass with her face attached at the bottom on her Instagram, and guess who commented?

G-Dragon of Big Bang joined in the fun with a comment that read "my favorite." G-Dragon is a close friend of IU and recently did a collaboration in her latest album, Palette.

G-Dragon used his personal account (@peaceminusone) to comment on IU's #DRUNKSTAGRAM instead of his official one (@xxxibgdrgn). But he didn't fool any of us!

IU made a guest appearance at G-Dragon's concert in June.


IU made a guest appearance at G-Dragon's concert in June and told the audience that she sent a refrigerator filled with bottles of soju as a thank you to G-Dragon who helped with her album. "[G-Dragon] should drink hard to finish all the soju before he is enlisted in the military," she joked.