SEVENTEEN won the 'Best Male Group Dance Performance' Award in '2017 MAMA in Japan (Mnet Asian Music Awards)' held in Yokohama Arena, Japan, on Nov. 29. Some fans, however, say that the judging criteria for the award need to be addressed.

Where did all the votes for EXO and BTS go?

In their acceptance speech, members stated "Much gratitude for such a huge award. Our member Hoshi's responsible for SEVENTEEN's label as 'self-producing idol group,' as he puts all the choreography together. We'll try harder to befit the award label."


What's causing the controversy is that fans also voted for the category online, and according to the turnout, SEVENTEEN seems like an unlikely winner. 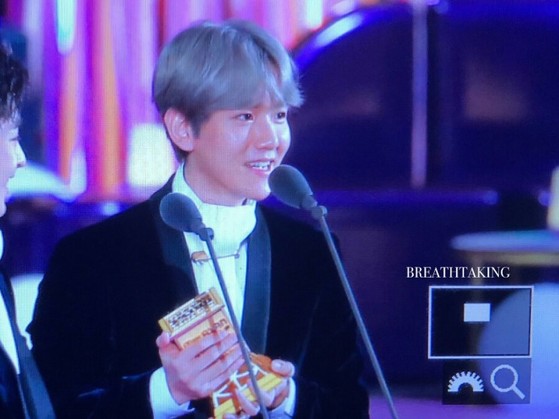 
Despite a low 3%  total votes, SEVENTEEN won, meaning that the 'Best Dance Performance' category absolutely depends on the judges' marks.


SEVENTEEN is a versatile, well-rounded group; the group can self-produce its own choreography, and the group performance is flawless, with the members acting something close to a single organism.

While the members' abilities and competency are beyond doubt, the vote count cannot be ignored; EXO and BTS votes put together, amount to over 66,390,000 votes, reaching almost 90% (89.2% to be exact) of the total. SEVENTEEN's win over a landslide victory of EXO and BTS, in terms of votes, to be causing questions among fans.


On the other hand, some BTS and EXO fans state that "SEVENTEEN has every right to win this award" and that "judges are responsible for 70% of the Best Dance Performance Award criteria."