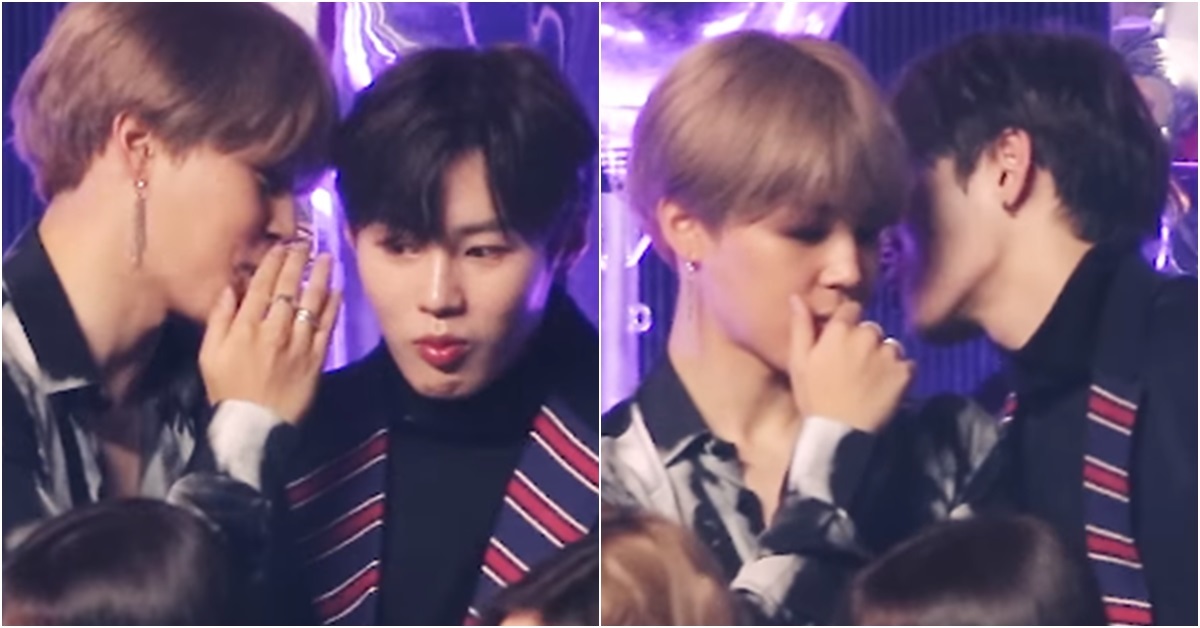 These two go way back 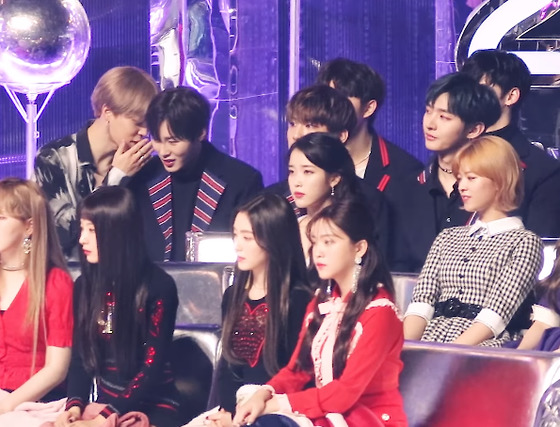 
Jimin and Ha Sung- sat side by side at the '2017 Melon Music Award (MMA)' held on Nov. 2. The two, presumed to be seeing one another after quite some time, greeted each other, then became deeply immersed in conversation.


The two whispered all through the ceremony. Even as the host announced BTS as nominees for 'Album Of The Year,' the two continued their chitchat. 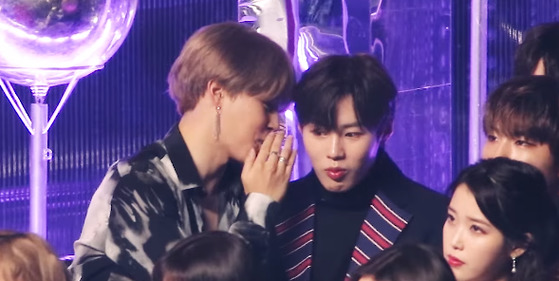 
Actor Song Seung-, the presenter for the 'Album Of The Year,' stated that he would announce the winner, and the two briefly looked up. As the winner, singer IU, was announced, the two stood up, gave a big round of applause, and went back to their small talk. 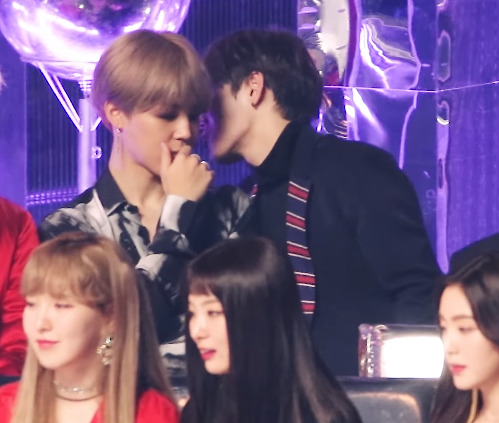 
When BTS won the 'Song Of The Year,' Ha Sung- gave Jimin a big hug. Jimin received the award with a big smile on his face, returned back to his seat, and continued to talk with Ha Sung-.

Jimin and Ha Sung- have flaunted their friendship before.

Jimin, via BTS' official Twitter account, tweeted "Big cheers for Sung-!" supporting Sung- soon-to-be appearance on 'Produce 101 Season 2.' When Ha Sung- finalized his debut plan as WannaOne by being picked as the top 11 members, Jimin tweeted "You've (Sung-) worked so hard for this. I know because I stood by you all the way as you practiced night and day. My heart goes out to you. You've earned this. Congrats."