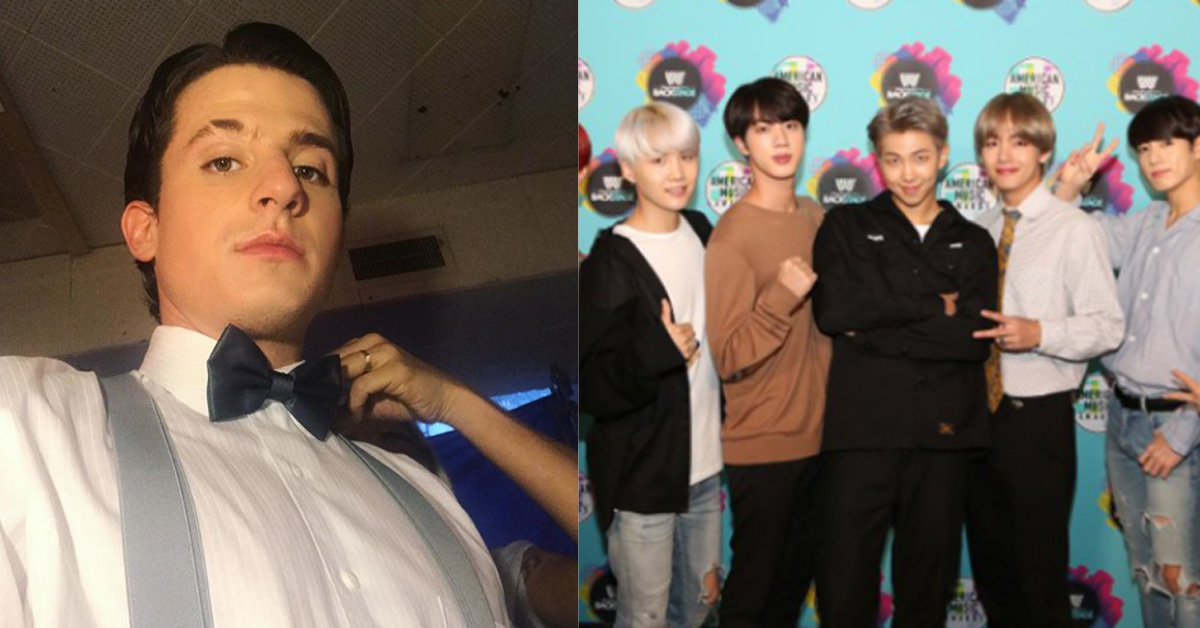 Only good can come from this.


The American singer-songwriter Charlie Puth tweeted out to the hottest K-pop boy band at the moment.

This 20-character tweet had a groundbreaking impact on Twitterverse, resulting in over 72-thousand retweets, 10 thousand replies, and 120 thousand likes (and counting).

Fans are wondering how Jungkook, the youngest of BTS who has declared himself a Charlie Puth fan numerous times, would react to this tweet. Jungkook's cover of Puth's 'We Don't Talk Anymore' went viral online and posted in response that "[he] really like[s] BTS' music" and that he thinks BTS is "a fantastic band."

We will have to wait and see.