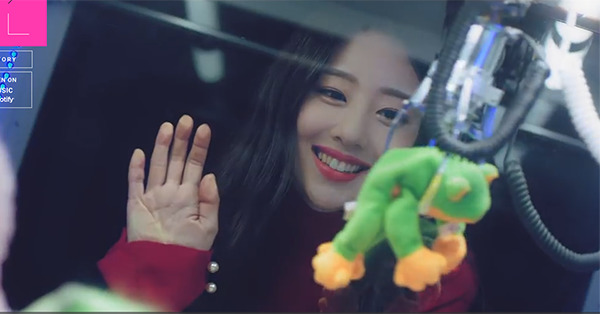 
LOONA revealed its newest member, Yves, with her song 'new'!

Who's this newest idol resembling Sulli and Dasom?

LOONA is a girl group who releases a 'girl of the month,' revealing their members one by one. So far LOONA 1/3 and LOONA / ODD EYE CIRCLE have made their debut as a unit of LOONA.


Yves is a member of LOONA's final unit, and she tells the story of defying one's destiny, including whatever obstacles, how small or big, she may face, being true to herself. Her song, 'new,' released on Nov. 27, is of the genre, with her M/V featuring Yves taking a bite of an apple (the concept probably borrowed from the Bible) in order to be exiled to Earth.


Check out Yves' newest MV and don't miss out on the upcoming track 'D-1'!