Why Did Lovelyz Manager Resign? 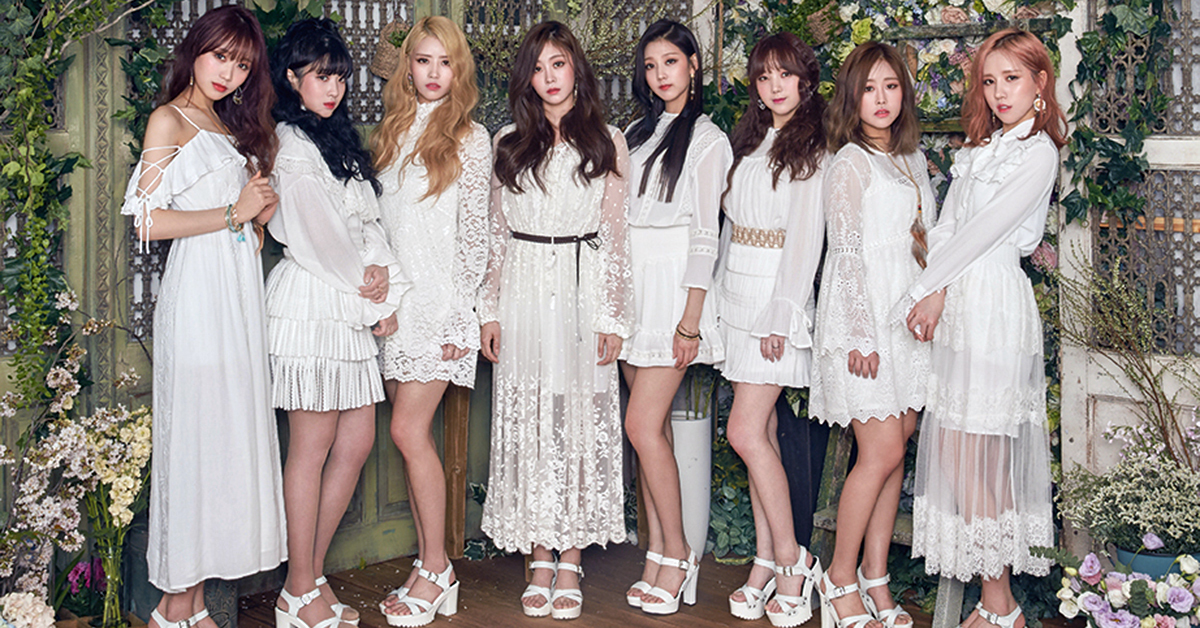 
Girl group Lovelyz's manager, who was accused of threatening a fan, resigned in light of his mistakes. Woollim Entertainment, Lovelyz's management company, also issued a formal apology via the Lovelyz fan website. The manager in question posted a handwritten apology as well. 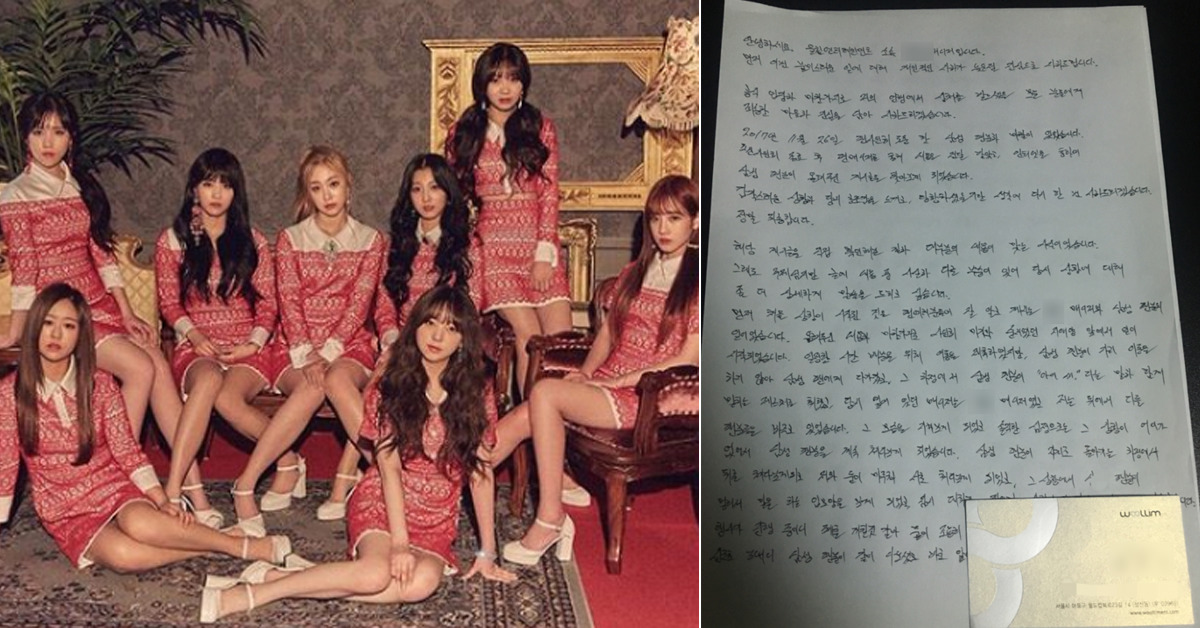 
On Nov. 28, a person, identifying himself as the Lovelyz manager (to be further referred to as C) shared a handwritten apology letter, alongside his business card. 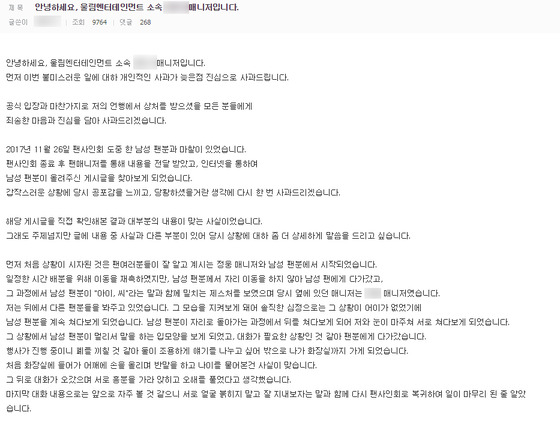 
C stated that "he was sorry for the late apology."

C added that "a large part of what the fan posted was true. After our conversation, I thought everything was okay since we returned to the after we agreed to let things be." 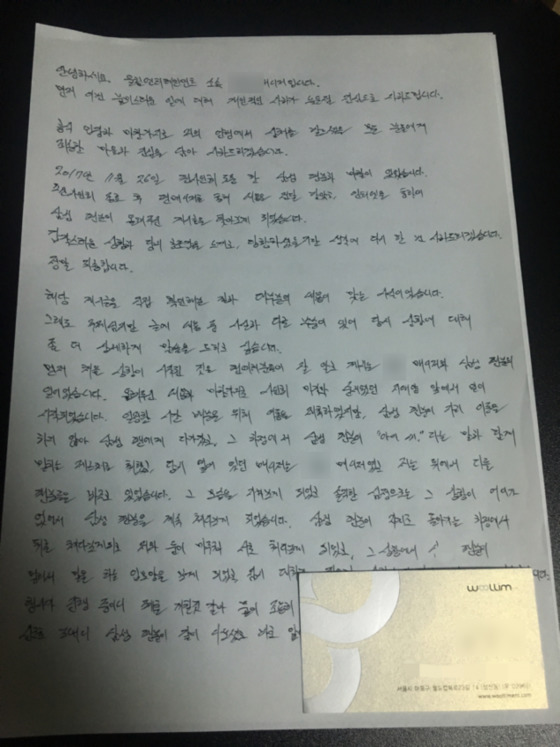 
C also stated that "I'm truly sorry for not taking into account how fans could have been hurt by the incident, and for not giving a formal apology, trying to wrap up the incident." 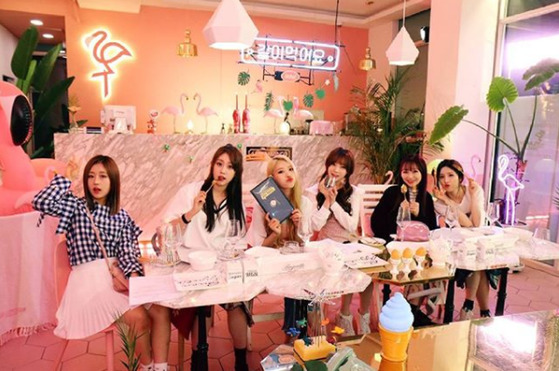 
At the end of his apologetic words, C stated that he "would resign, in accordance with my wrongdoings."

On Nov. 27, a Lovelyz fan shared stories on social media of conflicts between him and the manager at a Lovelyz . 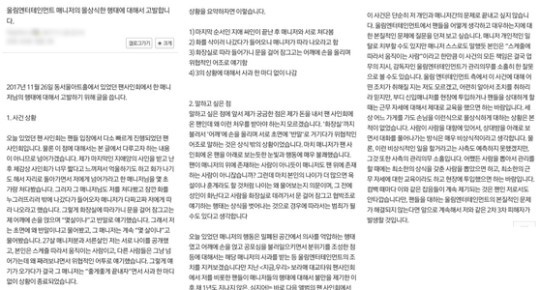 
The  fan gave details about how the manager threatened him for glaring. The manager, taking the fan to a restroom, locked the door and placed his hands on the fan's shoulders in a threatening manner. The fact that the manager, after all the misunderstanding was sorted, refrained from apologizing added on to the controversy. 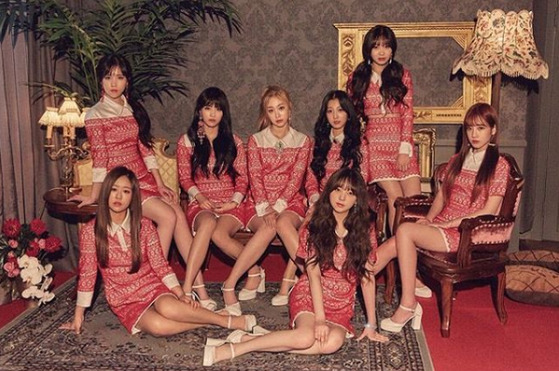 
Woollim Entertainment, Lovelyz's management company, issued an official on Nov. 27, stating "We apologize for the unfortunate incident with a manager at a . The manager in question admitted to all the accusations, and we plan to take action against the manager accordingly."