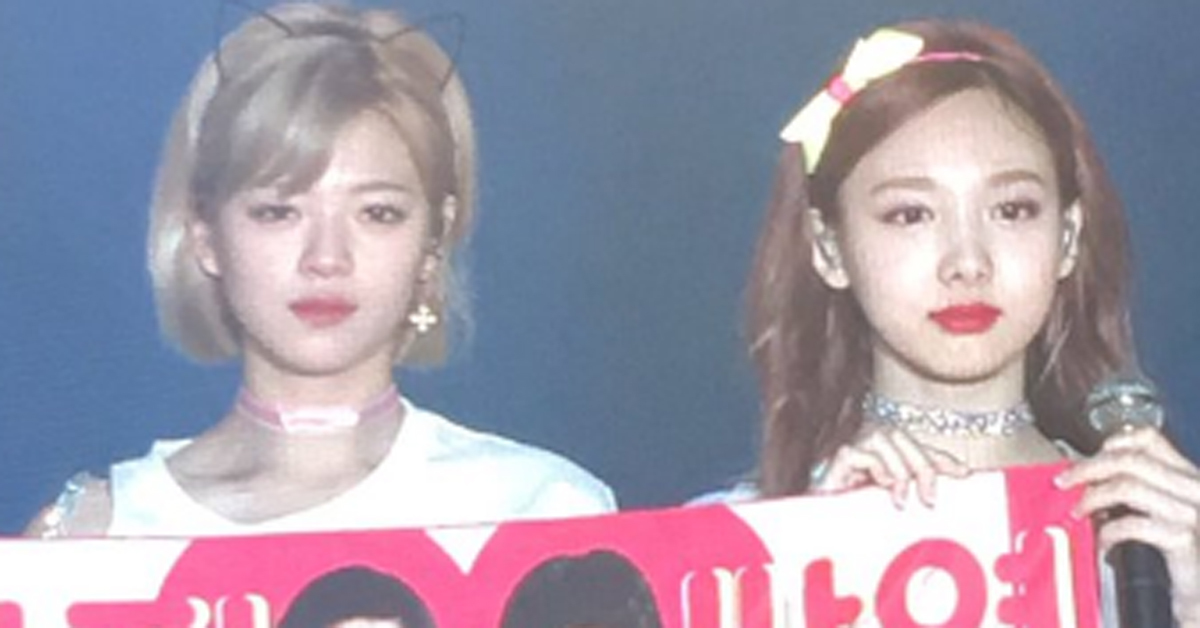 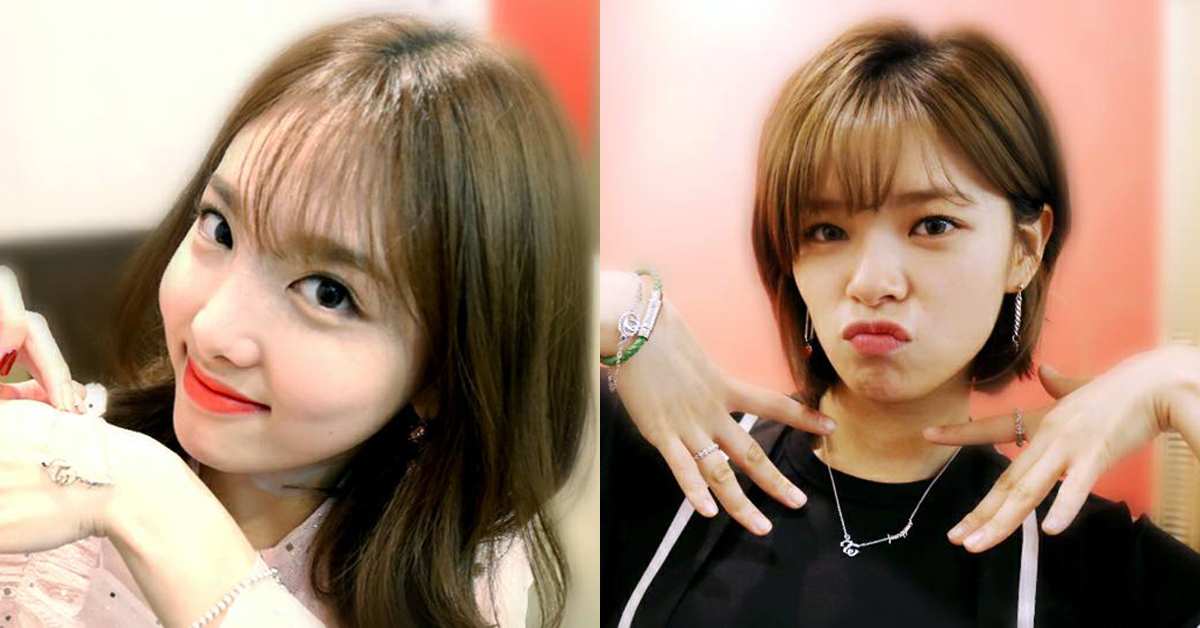 
Thai fans had a big surprise for Nayeon and Jungyeon at the TWICE concert which took place in Bangkok, Thailand, which was dubbed "TWICELAND - The Opening - in Bangkok."

Nayeon and Jungyeon's awkward yearbook photos were on display. 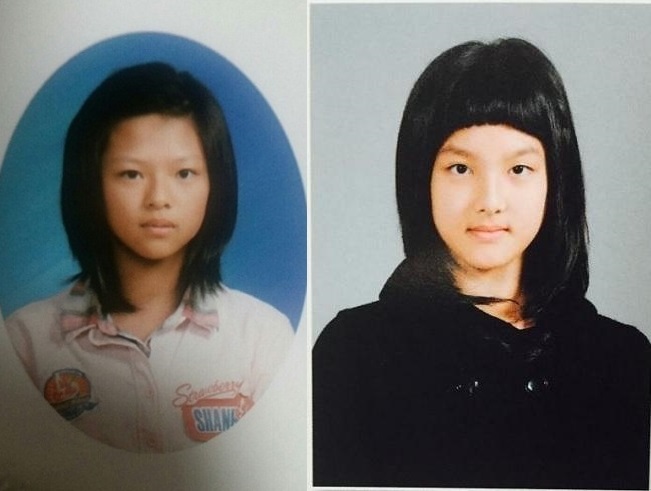 The yearbook photos of Jungyeon (left) and Nayeon (right)


One mischievous Thai fan held up a huge placard of Nayeon and Jungyeon's awkward yearbook photos from back in the days. 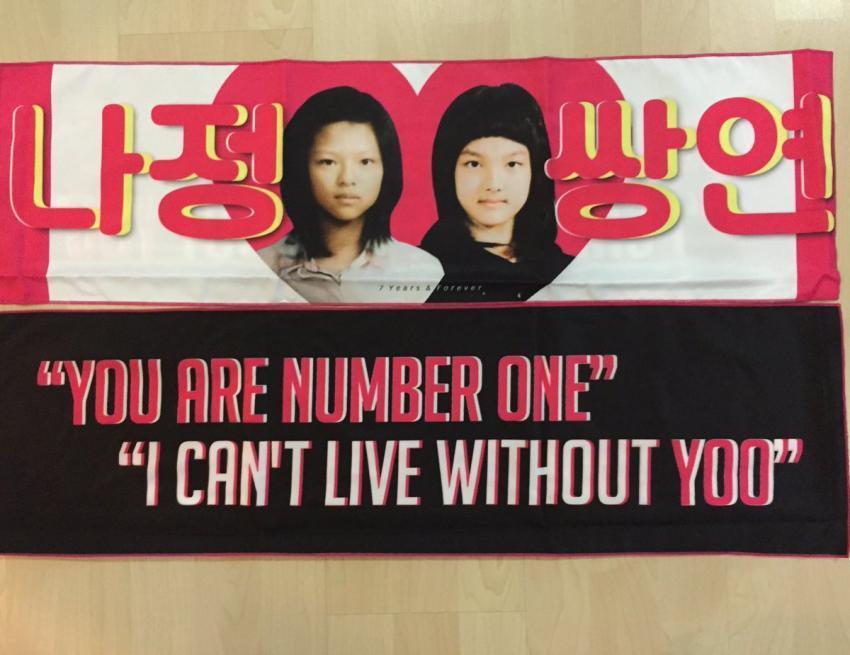 
The sign read "Sangyeon" (which translates to "Yeon-squared"), a ship name for the duo whose names end with "." The nickname is also quite similar in pronunciation to a Korean swear word, which could be another reason the members burst into a laughter.

Nayeon and Jungyeon, being the goofballs that they are, couldn't pass the chance to make fools of themselves in the most adorable way and held up the placard mimicking the exact facial expressions in the photos. 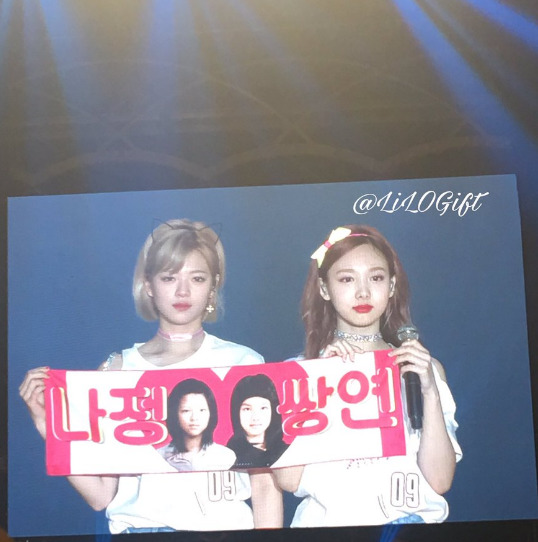 
TWICE performed a series of their hit lead singles including "CHEER UP," "TT," and "KNOCK KNOCK," with 4,000 fans in the audience.

They also greeted the fans in Thai and sang a popular Thai cartoon theme song as a special shout-out to their Thai fans. The hashtag #TWICELANDinBangkok was trending on Twitter during and after the concert.