Watch BTS Discuss "Hookup with Fans" and More on Ellen 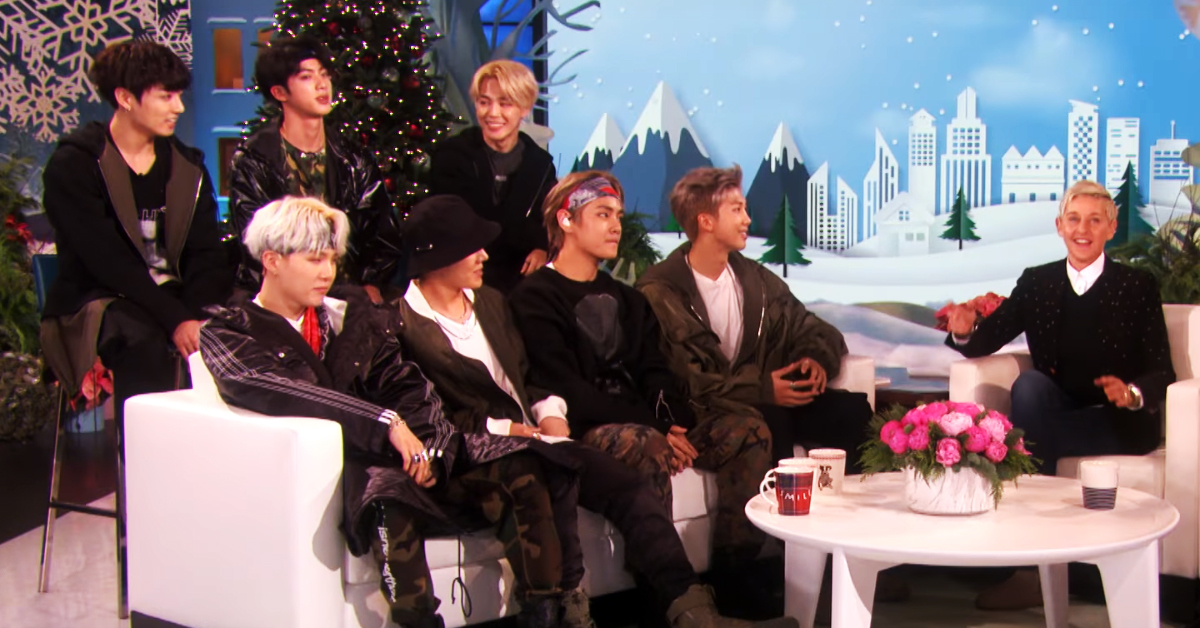 BTS on Ellen [from The Ellen Show YouTube Channel]


"Have you ever hooked up with any of the fans?"

When the boy band introduced themselves on stage at The Ellen DeGeneres Show on November 27, the audience went wild with roaring welcome.
Although there was an interpreter present on stage, RM, the leader of the band, is known to be quite fluent in English. When asked how he studied English, Rm replied that "[his] English teacher was [the TV series] Friends."

Ellen was also curious to learn about BTS' lyrics that discuss issues such as mental health. "Although we speak different languages, these are the themes that people of any nationality can sympathize with," explained the boys, to which the host nodded in agreement.

When it comes to music, "we speak the same language, we all feel pain...and music does bring us together," she said of the power of music that indeed made BTS' international appeal possible.

She also compared BTS' sensational popularity to that of The Beatles. "When [BTS] got to LAX, it's like The Beatles were here," she said, which rings deeply true considering the phenomenal reception the boys seem to receive wherever they go.

Then came what was possibly one of the most embarrassing questions that BTS has ever been asked since their debut: "Have you ever hooked up with any of the [fans]?"

관련기사
While the boys attempted to wriggle their way out of answering, Ellen insisted. They, of course, gave her a firm "no."

Everything they said during the interview segment made headlines in magazines such as People, Rolling Stone, and Billboard.
BTS performed MIC Drop, a song from their latest album, after which Ellen tweeted, "I get why everyone's talking about [BTS]."
By Bongbong and Arin Kim voomvoomk@gmail.com