글자 크기조절
Jung Jae-chan(Lee Jong-suk) and Nam Hong-(Suzy) wrapped up the SBS TV television series 'While You Were Sleeping' with a sweet kiss.


A happily-ever-after for Suzy and Lee Jong-suk!

'While You Were Sleeping' reached its final episode, exiting with the highest viewer ratings among Korean television shows aired on Wednesdays and Thursdays.

The last scene left quite an impression, showing Jung Jae-chan and Nam Hong- happily-ever-after marriage, a year after all the volatility came to an end. 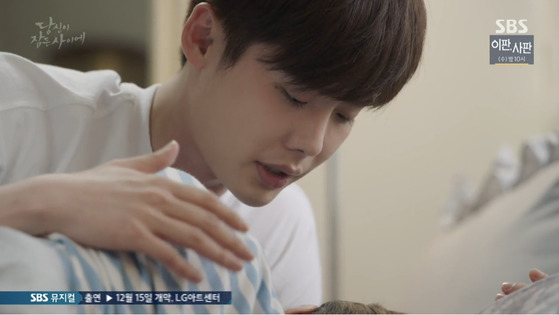 Jae-chan, lightly patting Hong-, who was stirring in her sleep, said "It's okay. It's all over. Don't be afraid. I'm right beside you, forever and ever." Jae-chan realized that Hong- had spoken the exact same words to him a year before.

Hong-, waking up, answered "I know. I've seen this moment in my dream a year before."

Hong- asked "Do you have anything to say to yourself in the past?" and Jae-chan replied "I would tell myself not to worry. A year later I open my eyes to a blissfully happy morning, so hang on in there," sending a consoling message to himself. 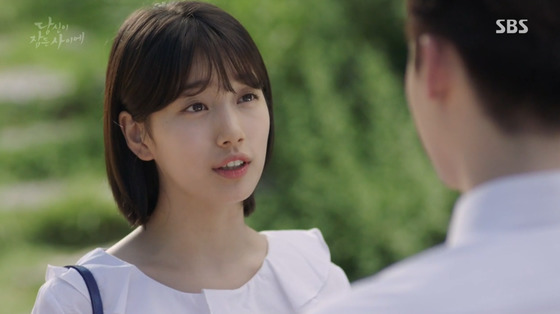 Hong- in the past delivered Jae-chan's words, and as the couple in the past began kissing, Jae-chan and Hong-, a year later, shared a passionate kiss as well. 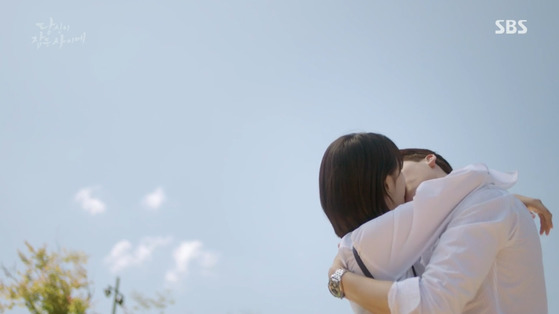 Web users, upon seeing the last scene, said: "The kiss lingers in my heart." "This was a perfect TV series, and the acting was flawless as well." "I love the happy ending." 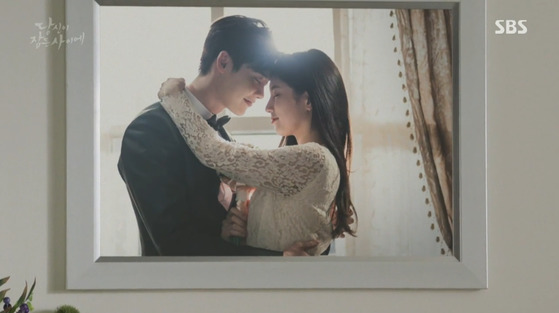