This Girl-group Member Was Rumored to be Anorexic 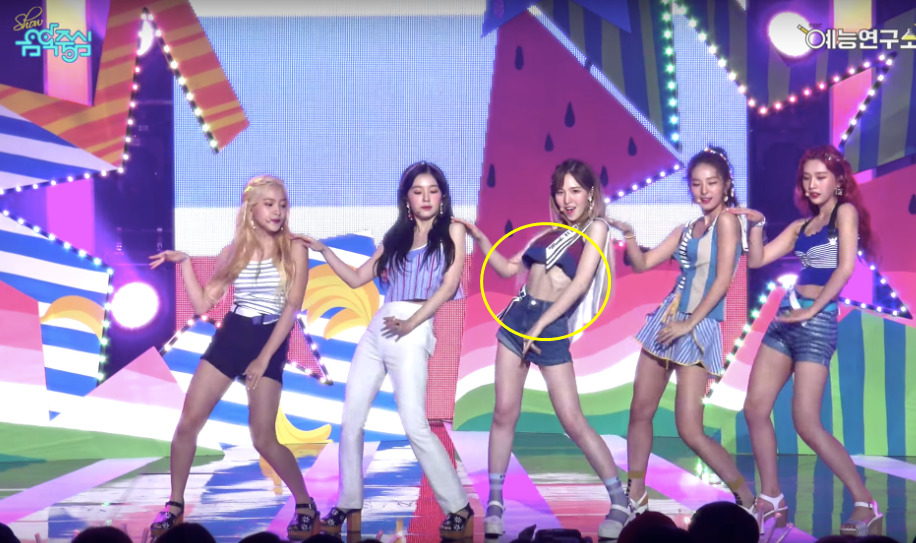 Wendy in an outfit that bares her midriff.

Wendy of Red Velvet had her fans worried because of her skinny figure.


Her midriff seemed too bony.

When the youngest girl-group of SM Entertainment released Red Flavor this summer, Wendy was looking quite bony. Some even suggested suspicions of anorexia.

However, Wendy put the rumors of eating disorders to rest by displaying her voracious appetite on V LIVE.

Wendy had a glass full of coke and lots of desserts on camera and alleviated the worries of her fans.

"Maybe we were just being too nitpicky about her weight changes," commented one fan.

Wendy, along with another member Seulgi, discussed her honest thoughts about being on a diet on the talk show Non-Summit broadcast on JTBC.

"Am I weird for wanting to eat anything I want?" asked Wendy on the show.

She also shared her workout routine which consisted of pilates and skipping rope.