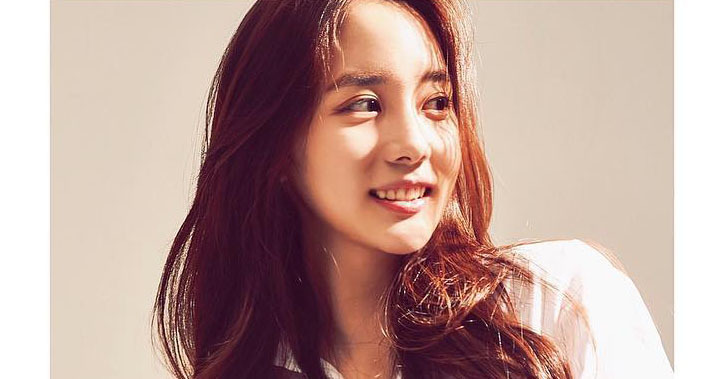 
Via her social media on Nov. 12nd, Han Seo-hee posted that "[MTF] transgender people ask me to write in support of their women's rights, but I don't think they can be called female. How can you be biologically female when you have a penis?" 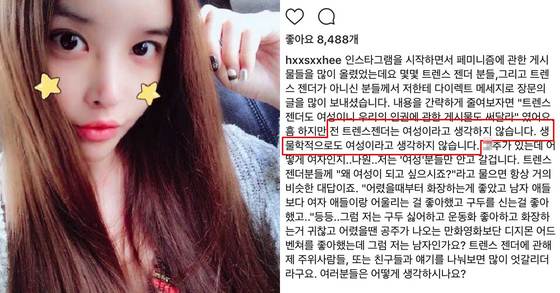 In her follow-up remarks, Han explained that "[MTF] transgender people, instead of challenging the existing gender norms, uphold and strengthen the sexist, dichotomized gender binary, stereotypically presenting themselves as being 'feminine'."

Presuming that her words may be labeled hostile to sexual minorities, Han added that she "was not queerphobic" and "as women can't be men, [MTF] transgender people can never be women." 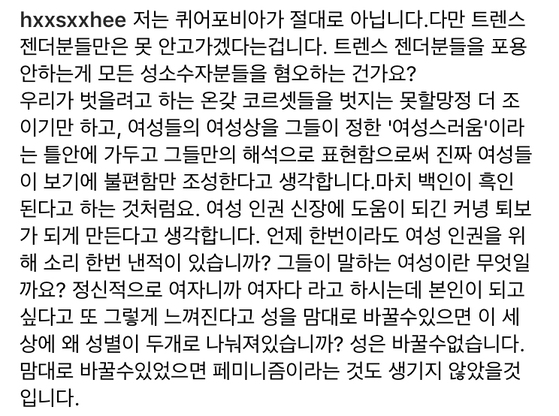 Harisu also mentioned that "while everyone has a freedom of speech, one should be aware of the gravity of one's words, especially if you're a celebrity-to-be," and pinpointed that "[Han's] actions, along with her ways of thinking, are deplorable." 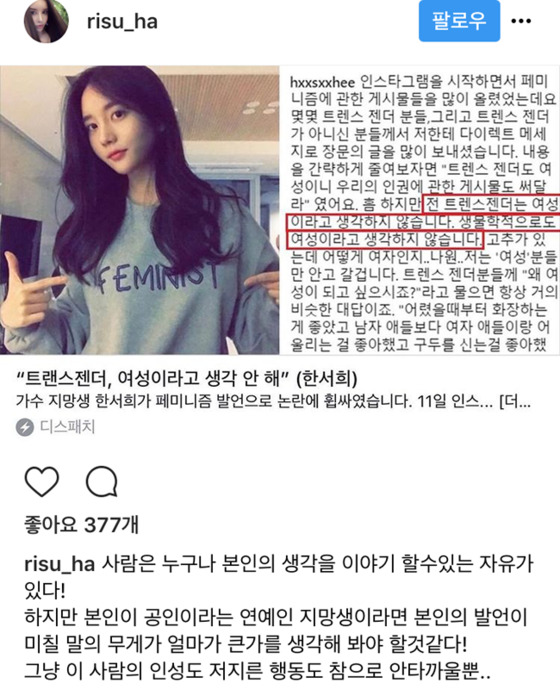 Web users, upon hearing the news, have started a debate of their own, on the controversy and discourse of feminism.