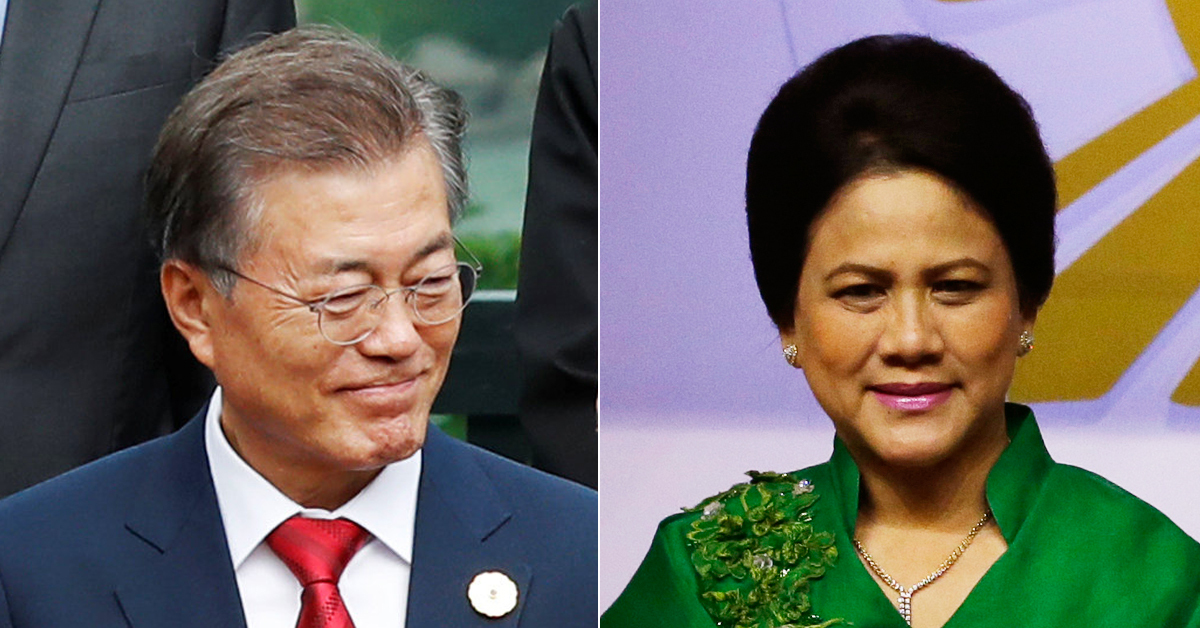 President of South Korea Moon Jae-in kicked off his tour of Southeast Asia in Indonesia. Indonesia, a country which the South Korean leader referred to as South Korea’s key partner on a number of occasions, also marks Mr. Moon’s very first state visit as president.


President Moon was, as usual, a perfect gentleman towards First Lady Iriana.

Internet put politics aside for a moment as it focused on president Moon, being the gentleman that he is, displaying impeccable manners towards his Indonesian counterpart Joko Widodo (also known as Jokowi) and his wife Iriana Widodo.

Moon, whose gentlemanly manners often win the spotlight, is known for invariably presenting himself in a composed and genial manner even amidst heated exchanges at the primary debates or malignant jabs from opponents throughout the presidential race – in which he partook twice, in 2012 and then again this May. 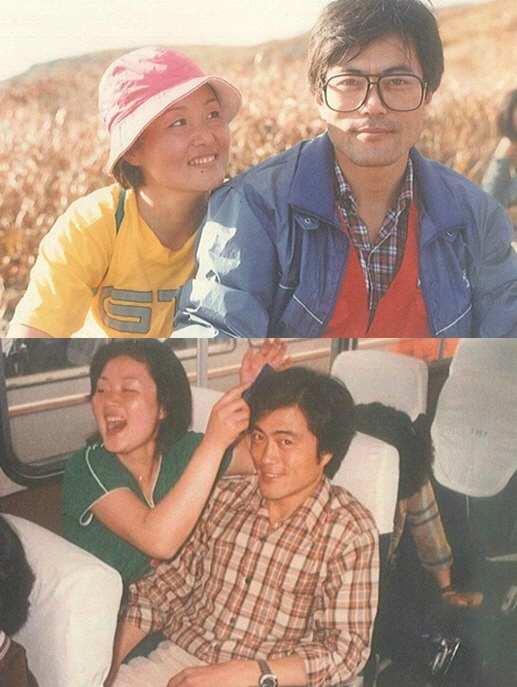 The South Korean president Moon and first lady Kim Jung-sook are often referred to as the sweetest presidential couple to inhabit the Blue House.

The love story of Mr. and Mrs. Moon go way back. The two met on college campus via a mutual friend but it wasn’t until one incident at a 70s pro-democratic rally that their relationship turned into something more.

Kim had treated and taken care of her then-friend Moon who got struck by pepper fog during the rally – and thence they began to develop a fondness for each other. Moon writes in his memoir that in retrospect, he seems to have entered the university only to meet his future wife. 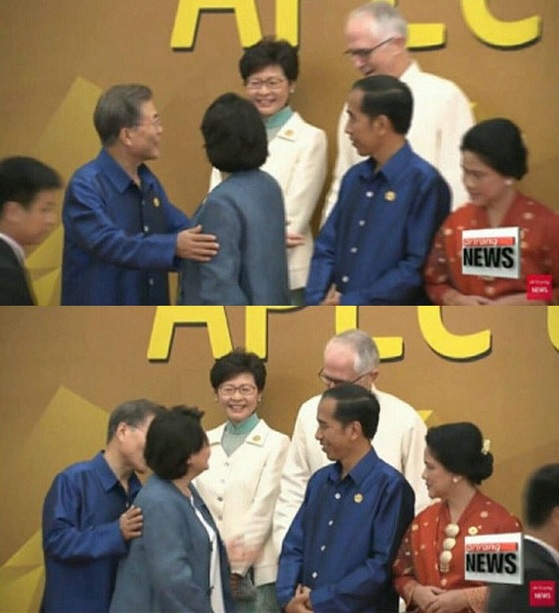 In Jakarta, the South Korean presidential couple once again displayed small instances of intimacy and affection such as holding hands while getting on and off the plane and exchanging loving glances once in a while. 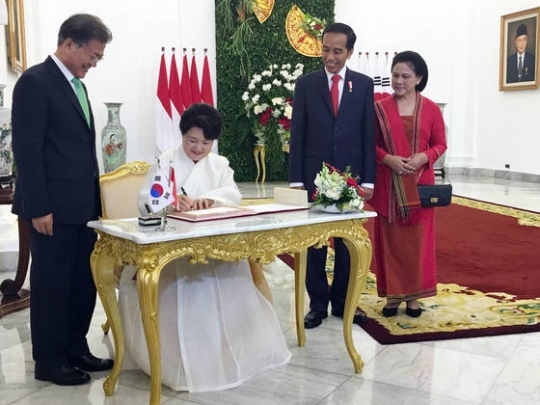 On November 9, one of the sweet moments of the Moons took place at the guest book signing ceremony at the Bogor Palace, one of the six presidential palaces of Indonesia, during which the South Korean first lady reached for a pen in her husband’s pocket, causing president Jokowi to smile.

According to sources, Mr. Moon was particularly gentlemanly and chivalrous towards Mrs. Widodo, who had fallen a step or two behind during the two presidential couples’ walk, waiting and gesturing towards the Indonesian first lady so that she wouldn't feel left behind. 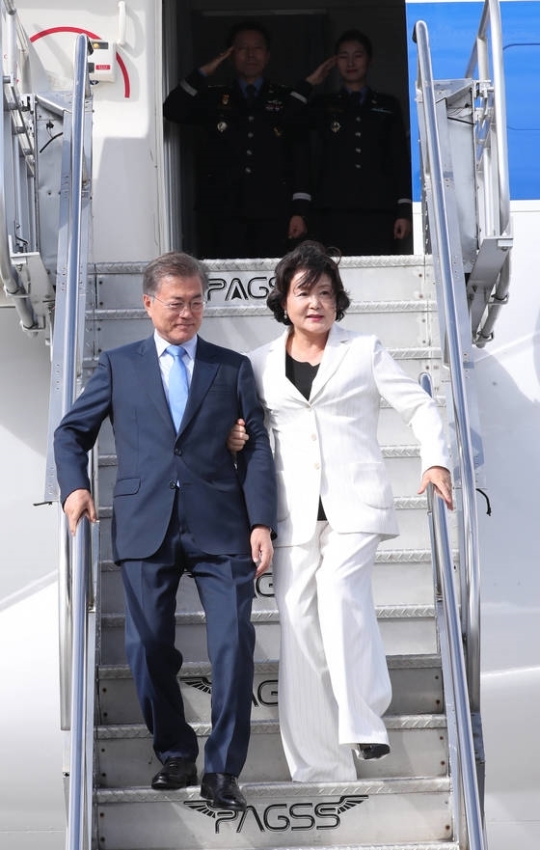 On November 11, after the Asia-Pacific Economic Cooperation (APEC) summit, the president and the first lady of South Korea spared a romantic moment from their jam-packed schedule for a coffee date.

Mr. Moon wrapped up his three-day state visit in Vietnam and arrived in Manila on November 12. The Philippines is the last stop on the president’s Southeast Asia tour. After meeting with the Prime Minister of Singapore Lee Hsien Loong on November 14, the South Korean leader will head back to the home peninsula.