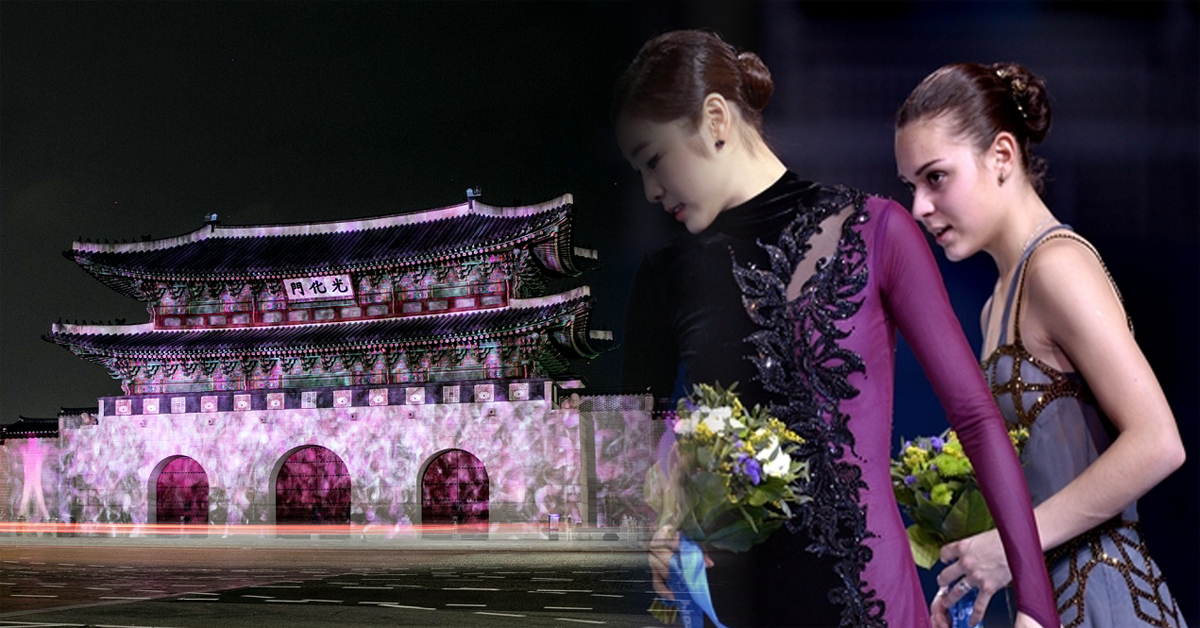 The PyeongChang Winter Olympic promotion video, screened at Gwanghwamun, Seoul, is stirring up controversies. There have been allegations that the figure skater's silhouette, which appears in the video, is that of Adelina Sotnikova, the much disputed Sochi Winter Olympics gold medalist figure skater.

On the 6th, internet users created a buzz regarding the Gwanghwamun media facade, comparing the silhouette with Sotnikova's jump moves. 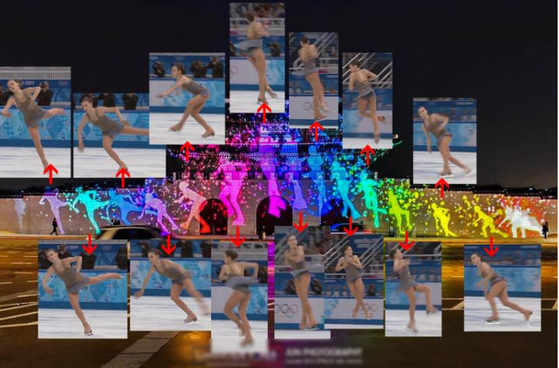 The enterprise in charge of the controversial video claimed that the video was "a creation made from scratch," in a phone call with JoongAng Ilbo. The company stated that "(the silhouette in question is) neither Kim Yuna nor Sotnikova. The author created the most beautiful silhouette based on hours of research." The agency also declared that "(the controversial version on the Internet) had been maliciously adjusted," and denied the rumors.