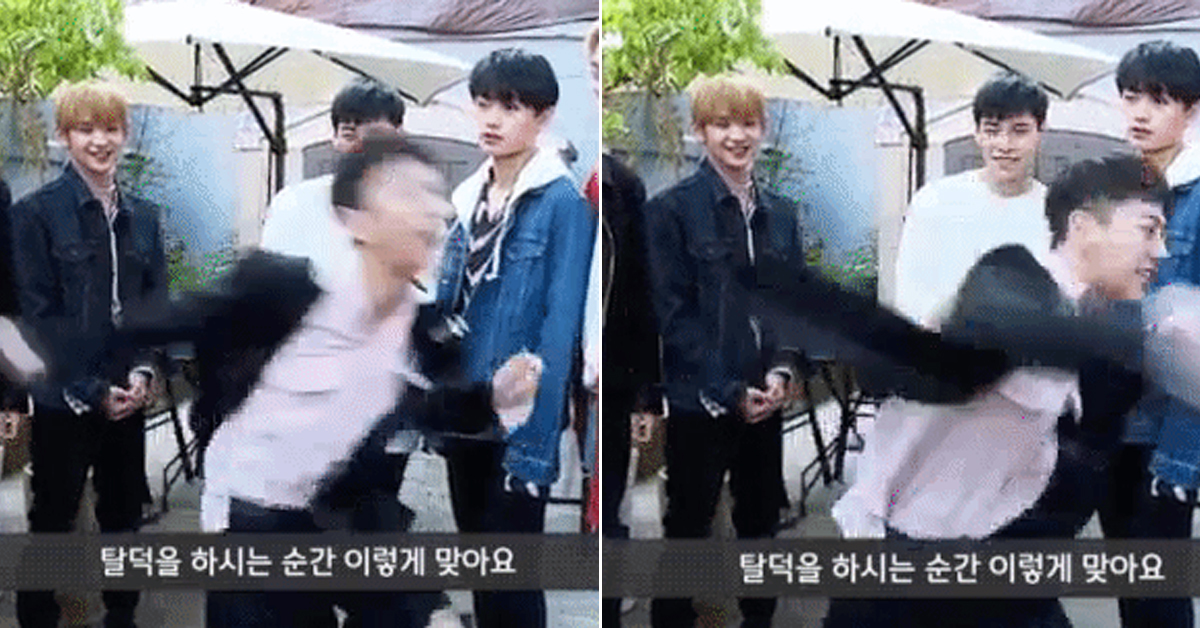 Do you know the word '' in Korean?


"The moment you stop being fans, I will hit you like this"

It means to stop being a fan.

A member of JBJ caused a commotion after his actions seemed to suggest that he would assault those who stopped being fans.

In a recent JTBC entertainment 'Unique Interview' JBJ members tried to charm their fans to stay.

After the other members, Noh Tae- commented "To those who stop being fans. The moment you stop, I will hit you like this," and punched the air with his fist.

After watching the video clip, fans requested a clarification from JBJ's agency. The fans thought Noh Tae- "could be mistaken for threatening to punch his fans."

On the same day, however, Noh Tae- also expressed his gratitude and love for the fans. He said "Whereas we were able to make our debut thanks to the support of our fans, they thank us in return. I truly appreciate my fans and they fuel me to work harder." Maybe he simply went a bit overboard with his expressions. Critiques said it was obvious that he was joking but still, he should have been more prudent.

In response, Noh Tae- stated, "My sincerest apologies to anyone who was offended by my imprudent words." He added, "I will be much more discreet and always take caution in my words and actions."

Noh Tae- is a member of JBJ, a boy group with members from the TV program 'Produce 101 Season 2.' JBJ made their official debut on September 18th with the song 'FANTASY,' and is actively making appearances on various programs.