글자 크기조절
‘Tis the season to be scared and be scary!

SM Entertainment, the talent agency of numerous big-name K-Pop groups such as Girls’ Generation, f(x), Red Velvet, TVXQ, SHINee and EXO et al., hosts the ‘SMTOWN Halloween Party’ annually (save last year). Fans await the event as they get to take a peek at what their favorite stars dress up as, and the event always creates a buzz around town.

A spectacle to behold!


Not many celebrate Halloween in Korea, as it is a foreign and largely unfamiliar holiday.

It is not an overstretch to say that the ‘SMTOWN Halloween Party’ introduced and popularized the spooky tradition with the spectacle of the celebrities in inventive disguises.

Although the official photos haven’t been released, we have snippets of the party that we would like to share.

Chanyeol is a well-known Marvel fan and it is no surprise that his choice this year is Iron Man. He was spotted in an Iron Man armor in full gear. Rumor has it that it cost Chanyeol over $12,000 to create the entire ensemble.

Changmin went for something more low-key than his celebrity peers. At first glance, it seems like Changmin is sporting a dandy everyday suit that is quite unlike the extravaganza typical of Halloween. However, as it turns out, he was actually wearing a pilot uniform of one of the airline companies in Korea.


While all the other disguised star attendees are certainly every bit as fabulous, one boy group member’s dedicated replication of fictional characters has captured the attention of many spectators. 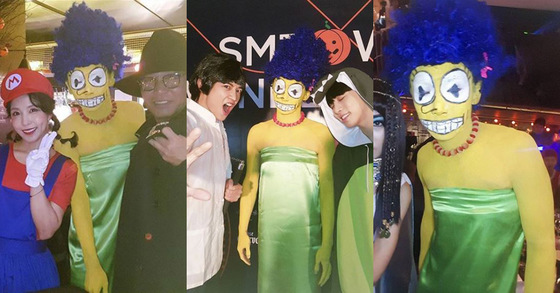 Key of SHINee has a reputation for creating the most over-the-top Halloween costumes. Some joke that he spends the whole year preparing for the dress-up holiday.

This year, Key attended the costume party as Marge Simpson. He perfectly replicated the look to the point of being unrecognizable.

As his on-point costume ensemble is garnering much acclaim, photos of his dress-ups from the preceding years are drawing attention. Key dressed up as Ronald McDonald in 2015, Edward Scissorhands in 2014, and the Joker in 2012. 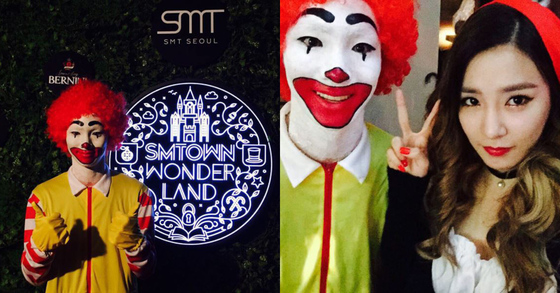 One can only marvel at the hours this 26-year-old K-Pop idol must invest in concocting the elaborate look each year.